Written by Eric Johnson, President and CEO of AnswerOn, Inc.

In the 1996 movie “Jerry McGuire,” Rod Tidwell (the character played by Cuba Gooding Jr.) famously implored McGuire (Tom Cruise)- “I wanna make sure you’re ready, brother. Here it is: Show me the money.”[1] 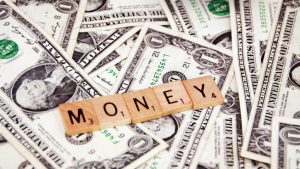 Unfortunately, this is the image many call center operators have on what is causing attrition at their site.  The theory is that the MAIN reason agents are leaving is ultimately related to money.  While this theory is certainly true for sites drastically (>20%) under the market rate for their regions, our experience is money by itself is not usually the primary driving factor in agent attrition.

AnswerOn has built a behavioral database based on interactions with thousands of agents. For over 6 years, we have tracked and analyzed the behavioral profiles of agents who ultimately attrite and those who show the most loyalty.

The reasons for attrition can be broken down into at least six categories:

These are just a few of the categories for the many reasons an agent can become disengaged and seek another job.  The impetus which led to the disengagement was not money, but rather the perception of the operator and conversely how much value the operator placed on the agent.  In the movie, Rod Tidwell ultimately wanted more than “the money” – as do the majority of call center agents.

Use our calculator to see how much you could be saving by partnering with AnswerOn.