By: Eric Johnson, CEO and President

Working with call center operators, we have observed many different call center disciplinary policies. Some refer to their policies as “performance improvements,” others “disciplinary notices”. There are many more policy descriptions that could be used to describe an escalating series of triggers corresponding to a punitive action. While such policies are absolutely necessary, a careful review of the thresholds and behaviors they elicit is always in order.

An operator wished to convey an atmosphere of “helpful improvements” to agents who committed various infractions, such as …. AnswerOn analyzed thousands of these interactions and modeled the propensity of attrition and the subsequent timing. What we found was receiving a helpful improvement increased the likelihood of an agent leaving by more than 200% and usually within the first 5 days of receiving the notice. 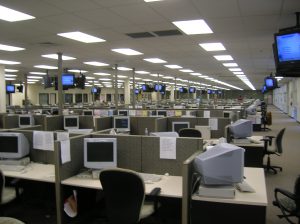 Clearly this is not what was intended.  The operator was shocked. It is probably a good test case for getting an unbiased look (by AnswerOn and the behavior models) on policies like this when appropriate. Subsequent follow-up helped unravel the disconnect. While the motive was meant to be a non-threatening suggestion for an agent to improve, the implementation made the agent feel they were going to be fired no matter what they did. Other agents commented they felt it hurt their long-term career chances and it would be better to start over.

AnswerOn worked with the operator to help modify the policy by both changing the thresholds and the actions taken. One suggestion was to include a policy of forgiveness in certain circumstances. For example, if two late attendances resorted in a disciplinary notice, maybe forgiving the second one was in order for certain agents. Using behavior models, AnswerOn was able to isolate the agents who would benefit the most from this treatment.