AnswerOn’s Director of Project Management, Chris Johnson will be writing a series of posts about common mistakes we see customers and other call centers making with their agents. Chris currently handles manager trainings on our Solution, directs our cloud based “big data” customer analytics, and is a main point of contact for executives seeking to improve attrition. He’s seen customers make large-scale, disastrous policy changes to their call centers -resulting in higher attrition, and he’s seen small changes implemented that end up with much bigger impacts than anticipated. We hope this series of “Call Center Nightmares” helps you avoid making these mistakes in your own call center!

One of the most common reasons agents quit their call center job is scheduling problems. Call centers have become so efficient and hands off by implementing automated scheduling and PTO request systems that they’ve lost the human touch which makes agents feel valued and appreciated. While call centers need efficient Work Force Management (“WFM systems”), they also need to have a follow-up plan in place. 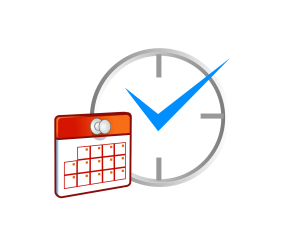 When AnswerOn predicts who might be at risk for leaving due to scheduling issues, we are looking for people who have been most times auto-denied time off requests, people who have erratic schedule behavior, and people who have a change in their recurring schedule. Often, the reasons behind the requests and behavior go back to “deal breakers” such as:

“I requested a change of schedule so I could take care of my mom. She’s sick and the care we set up for her doesn’t show up until 10 am.”

“My car is having issues and public transportation isn’t as quick as a direct drive. I want to be at work, but I just can’t work under my old schedule.”

“School started and I need to drop my kids off before I go to work now. I can’t drop them off early so I’m forced to show up an hour later than usual.”

These are good, responsible employees who want to do right by their employer, but have very common high priority issues come up which they MUST attend to. These agents need someone to understand the “why” of their change in behavior and recent schedule change requests– not a system which simply denies or approves. A lot of times agents assume once they have been denied by the system, that their only option is to quit. They use the systems and tools they were told to use in training but they didn’t get the result they needed so we’ve left them with no other choice. Agents aren’t always comfortable approaching their managers about these situations because it could be of a very personal issue (medical, divorce, etc.) or they don’t believe that their manager can do anything about it once the system has turned them down.

When AnswerOn identifies these at-risk agents, we have their managers reach out to them proactively and understand what is going on. We empower the Team Leaders with the data needed to find these people in their moment of need and give them an opportunity to be the agent’s advocate. If agents aren’t willing to bring these issues to their manager’s attention, we help the manager to be proactive in letting the agent know that they’re aware of the situation and will try to do what they can to fix it.

By bringing back a personal touch and anticipating the agent’s behavior after being rejected by the automated system, we can prevent these quality agents from slipping through the cracks.

A few weeks ago, we sent a survey out to managers using our Solution asking them to share a time they were surprised by what they learned in an AnswerOn Intervention. One of the managers responded:

“I had an agent that I thought was satisfied with her employment. After the Intervention, I found out that she was going to choose between working here or her child’s care for medical needs. The agent didn’t know that she had the option of accommodations or a part-time schedule. After it was explained to her she reconsidered leaving and went to a part-time schedule.”

This is a perfect example of how being proactive with AnswerOn Interventions can help you save agents that feel neglected by the system.

Have you had a similar experience with your call center? Tell us about it in the comments section below.