AnswerOn’s Director of Project Management, Chris Johnson will be writing a series of posts about common miscues we see in designing policies in the Call Center. Many times we have observed well-meaning performance management solutions result in negative unintended consequences. Chris currently handles manager trainings on our Solution, directs our cloud based “big data” customer analytics, and is a main point of contact for executives seeking to improve attrition. He’s seen customers make large-scale, disastrous policy changes to their call centers – resulting in higher attrition, and he’s seen small changes implemented that end up with much bigger impacts than anticipated. We hope this series of “Call Center Nightmares” helps you avoid making these mistakes in your own call center!

When you have many employees, you need to have a blanket discipline system that applies to all employees and covers things like unplanned absences, tardiness, low KPIs, etc. Disciplinary policies can be tricky things. We’ve seen many call centers make mistakes on choosing policies and in how they implement them. The trouble with policies is that they often don’t account for the human element of how agents will perceive the discipline and how they’ll react to it. In the many Virtual Focus Groups (VFGs) we have conducted with agents1, we’ve found there is a prevailing thought pattern for agents who receive reprimands: single failures equate to ultimate failures.

The outcome of the disciplinary systems being enforced is often the opposite of what was intended: the agent feels like their failures leave them no choice but to quit because there is no path forward. In some cases, this may be true, but it is dependent on the type of offense and the history of the individual. Call centers must maintain a delicate balance between correcting behavior without creating the perception that agents reprimanded have no future.

Here are some examples of discipline policies that started with the best intentions but had, generally bad, unintended consequences:

The Room of Shame 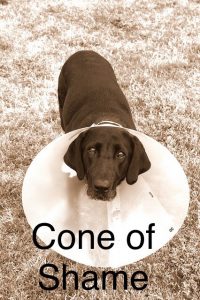 A call center wanted to provide their low-performing agents with a separate, quiet, space where they could have more individualized attention and get help from senior supervisors. This sounds like it could be very beneficial, depending on the way it was implemented. In this case, the lowest performing agents were removed from their normal seats on the call center floor and were put in a separate room, totally isolated from the rest of the call center. Everyone on the floor knew that they were being taken away as poor performers, so a stigma became attached to anyone who had been moved to the isolated room for being a poor performer.

Instead of appreciating the extra personal assistance, many agents felt like prisoners sentenced to solitary confinement. It made them embarrassed and agents often abandoned their job before they could ever see the benefits of having the specialized attention.

Another issue we’ve come across is the enforcement of attendance policy point systems early in the agent life cycle. Agents who receive disciplinary measures while in training, such as points for being late, already have strikes against them the very first time they walk out onto the production floor. In some of our Virtual Focus Groups (VFGs),  agents complain about attendance points they earned in training following. Now that the agents are on the floor, they have no wiggle room for attendance or performance mishaps. These can be potentially valuable and high performing agents who feel “behind the 8-ball” and thus are more likely to leave than wait for their old attendance points to expire off their record.

Some call centers want to turn the negative process of discipline into a positive one, while still documenting the process as they did previously. Even though the disciplinary action is given a positive spin, the agent still has to an acknowledgement of the “write up” and their Team Leader, and even the Team Leader’s boss, must sign per the rules of their HR team. From the perspective of an agent, processes like this are similar to the scene in the movie “Office Space” where the protagonist is called and reminded by his 8 bosses about “putting cover sheets on their TPS reports”. The difference is this is going on a permanent record – and the agent knows it. It sounds like a great idea: give agents information on how to improve themselves while still enforcing discipline policies. However, these systems often have the opposite effect. People leave within a week of getting the “write up” because to them it is still a reinforcement that they are short of the mark and thus unlikely to have a future at their site.

You need a discipline policy, but in this case, the way you choose to enforce it will have repercussions regardless of the spin you put on it. Agents remember being treated like part of an equation rather than as people. People often start looking for jobs after their first “write up”. Even if a manager tells the agent that the “write-up” won’t have a long-term effect on them, agents tend to have a different perception of these interactions than employers. An employer sees a policy, like attendance, as crucial to success, and they try to put policies in effect to achieve it. The thought is the clear articulation of the policy and ramifications of not achieving it should suffice. Employees view these policies personally, only relative to themselves and as a predictor of their long-term future at their company.

A lot of companies try to find creative and more positive terms for the reprimand process, but when you look at the data, agents signing or acknowledging any type of shortcoming which will go on their record is likely to drive attrition and will rush the agent out the door.

How does AnswerOn help with this problem?

AnswerOn begins our relationship with our customers through extensive data analysis, as well as Virtual Focus Groups with the agents themselves. By the time we are making predictions on agents who are likely to leave, we have a pretty good understanding of what the pain points around the policies are, and the ramifications of them in the form of attrition. We will analyze and if appropriate suggest possible policy changes.

In cases where the policy cannot be changed, we’ve used several strategies which focus on minimizing the damage the policy might be causing. Our approach focuses on understanding agent perception of policies and events rather than corporate perception. As Albert Einstein once said, “If I had an hour to solve a problem I’d spend 55 minutes thinking about the problem, and 5 minutes solving it.” For us, understanding how and when the policy will negatively impact the agent is of great importance. If we can quantify the impact, then we can model its impact and create a solution to mitigate risk. We pair the agent’s perception of the disciplinary event to real life numbers in the data – giving us a 360-degree view of the problem so we’re better equipped to solve it with the correctly prescribed intervention.

Predictive modeling allows AnswerOn to monitor the event of each written reprimand and forecast the outcome it will have on the agent before it causes them to actually leave. Once we know what will likely happen to an agent who receives a “write up” we can prescribe an intervention so your managers can proactively intervene with the agent at the right time and mitigate the risk created by the disciplinary event,